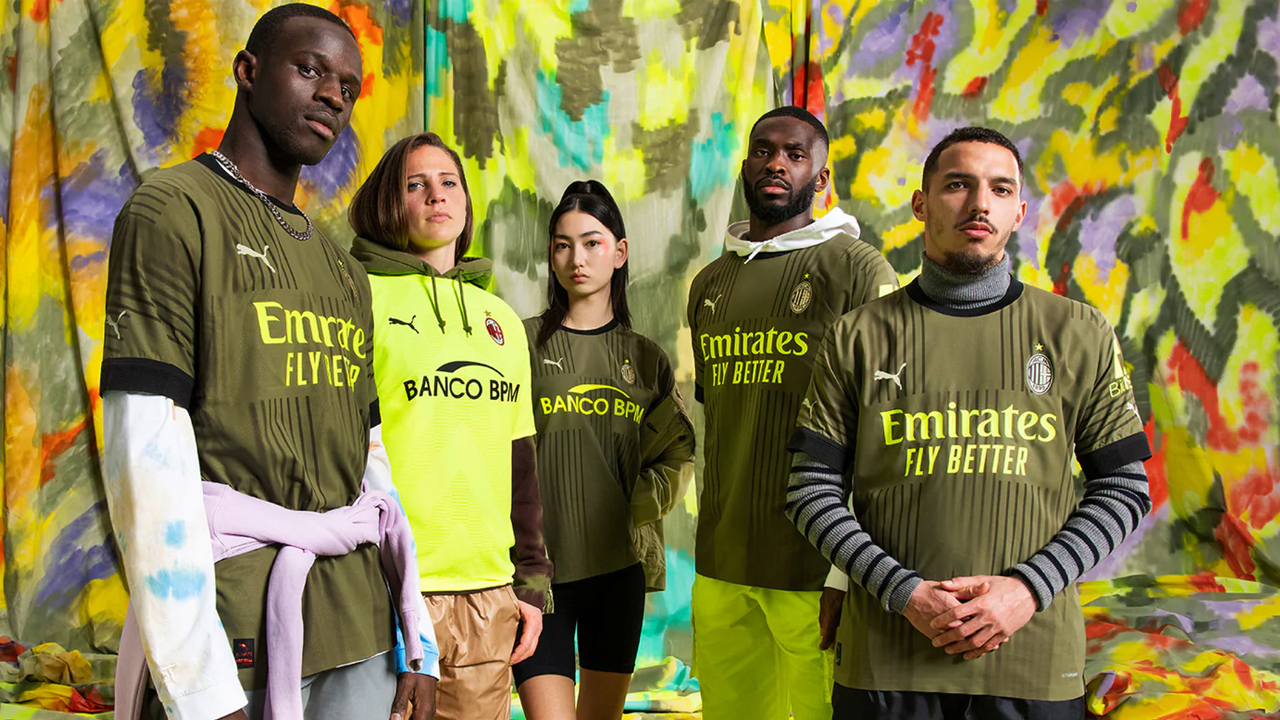 Completing the club’s 2022/23 set of uniforms, the AC Milan Puma third shirt is now officially unveiled and brings its own vibe that is different from the bespoke look of the home shirt and the throwback sense of the away. Colourway-wise, it has its ‘first’ claims, on top of incorporating details to subscribe to the ‘That Milan Touch’ theme of this year’s kit releases. With the ‘That Milan Touch’ project inspiring the third jersey, the sports wear aims to present itself as a performance product that is fashionable on and off the pitch. Prestige and pride fill up the kit at the onset as none other than the Serie A defending champions would be its proud wearers. To hear out the league winners themselves: ‘The new Third kit is made for those who stand out and never hold back.’

The outfit features a predominantly olive green colourway never before seen on an AC Milan third, let alone any Rossoneri shirt for that matter. Inspired by the flag of Milan, blocks of tonal stripings provide the all-over graphic. Black round collar and sleeve cuffs deliver a low-key complimentary contrast, and the sponsor logos shine through with their neon-like yellow accents. Other details that seem to be in-synced with the overall colour theme are the Puma logo and club crest, both of which have monochromatic visuals. The kit truly is a product of Puma and AC Milan’s tapping of the city’s style, fashion, and culture for their production and making them standout features of the shirt.