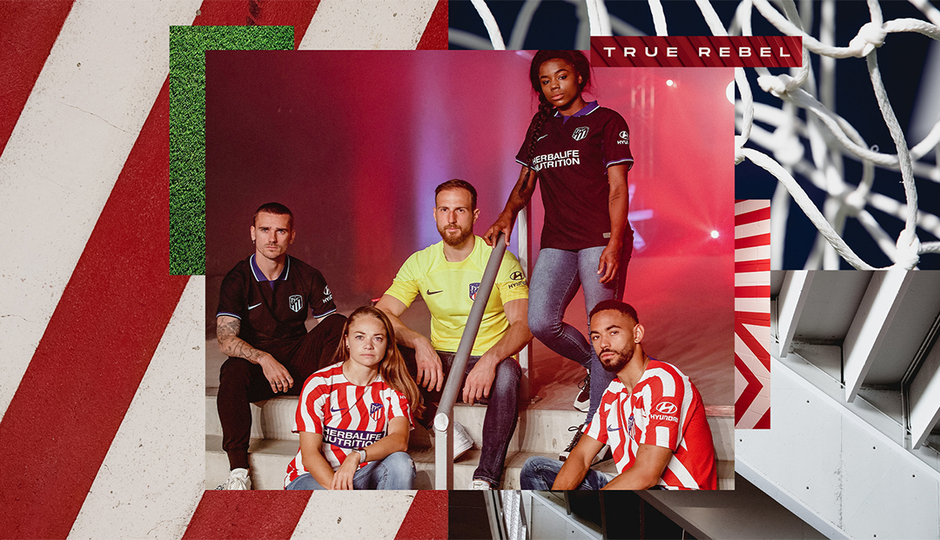 The Rojiblancos officially unveils their primary and alternate shirts for 2022/23, which are both made by Nike. A month later, the club will introduce its third outfit, accompanied by its own design line and closely related to the main domestic competition. It all then leads to 26 April 2023, Atleti’s 120th anniversary. On that day, the team will sport a special shirt inspired by the one worn in the club’s first official match. Plus500 no longer features as their sponsorship ended this month.

A tribute to the Manzanares in Red & White; launch on 16 July.

While Atletico has always played with home shirts of white and red stripes, the club’s 2022/23 Nike version offers a refreshing take with its wavy orientation. The design flow is a first in the team’s kit history and takes inspiration from the river Manzares. Right below the neckline at the back is a navy panel formed through the arching seam on the body and the angled ones on the sleeves. A small Spanish flag sits right on the centre of the said blue space.

For the away shirt, the club goes for black, a first in its kit history. It has noticeable regular blue accents courtesy of the narrow cuffs and the unbuttoned polo collar, both with white linings on the edges. Additional colour detail of the same shade is the panel connecting the steep V-seam on the neckline.