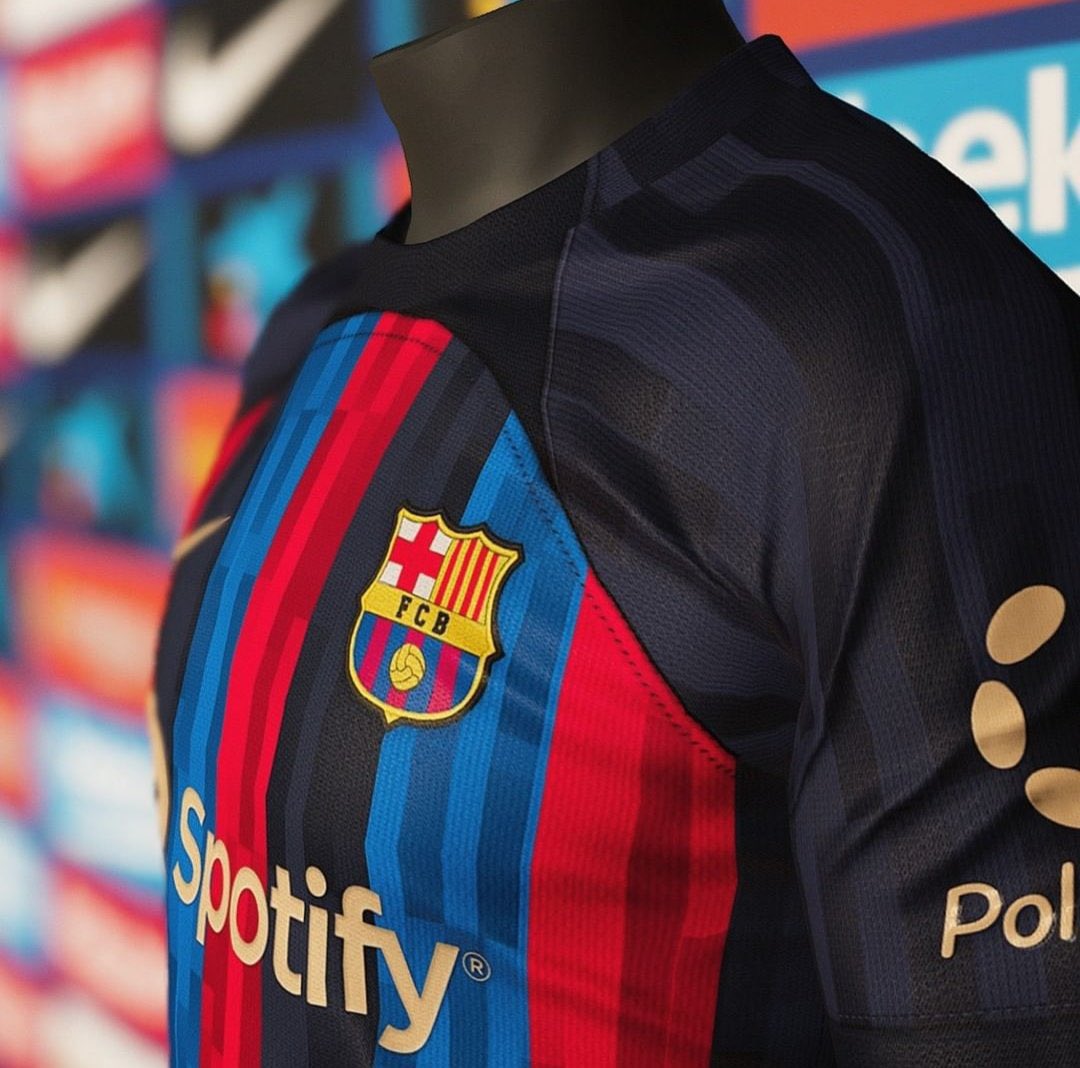 The 2022/23 edition of the Barcelona home celebrates the La Liga giant’s power to make impactful organisational connections and partnerships. The latest primary outfit is the first release under the new sponsor, marking the beginning of the Spotify era in Barca jerseys. But flying under the radar is the long-standing connection of the club to one of the biggest sports brands in the world.

Aside from starting a one-of-a-kind music-football connection, this year’s home shirt represents Nike’s silver anniversary of being the kit maker for the Catalans. Backed by Nike and Spotify, the Blaugrana has a kit that lays on a solid platform for future commercial and football success.

As for the looks, the kit projects a sense of sophistication and discipline while also incorporating tradition and familiarity. The ever-formal navy colours the raglan sleeves and the panel surrounding the round neckline. It also joins the traditional Blaugrana stripes in forming a tri-coloured striping pattern on the body panel, which, in turn, houses the Swoosh and Spotify wordmark in a classy shade of gold. Scattered abstractly across the entirety of the shirt are tonal strips that give a gloss effect. Overall, the design loosely takes inspiration from the successful 1992 Olympics and the transformation it brought to the city.