BVB Relives its Connection to Youth

Wildschütz, the birthplace of Borussia Dortmund, not only encapsulates the club’s youthful founders from decades ago but also its undying commitment to developing young players and making stars out of them. Just think of Robert Lewandowski, Erling Haaland, Jadon Sancho, and Jude Bellingham. 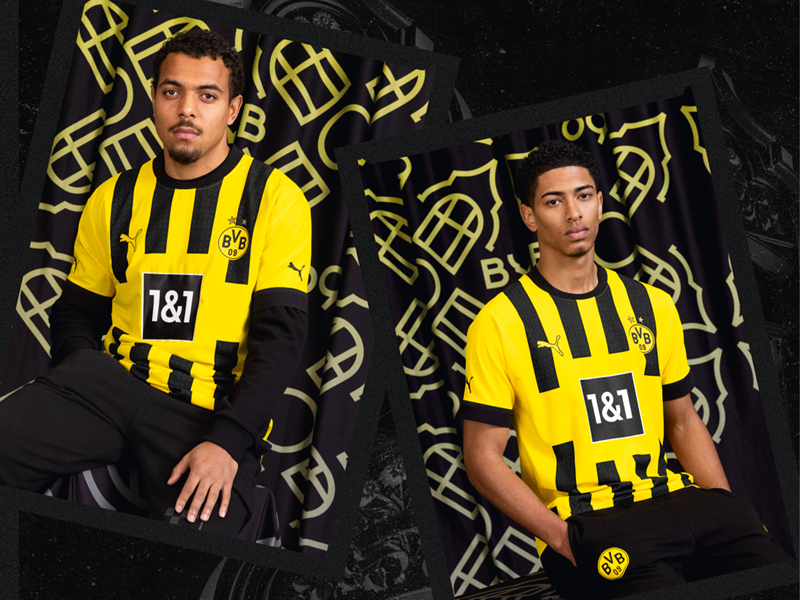 This is the spirit that the latest BVB home kit would carry in the upcoming 2022/23 season, as patterns of the Wildschütz windows subtly design the black stripes of the Dortmund jersey. With some of the star players expected to move to other clubs, it would not be a surprise if Borussia Dortmund finds another star-in-the-making that would give glory to the jersey. As Puma puts its, BVB is a football club that is ‘Different from Day One.’

Puma acknowledges Dortmund’s nickname of Die Schwarzgelben, and so designs the home shirt with the familiar Cyber Yellow base of recent home kits and black stripes that are interrupted by the sponsor space. The decision to go with stripes takes inspiration from the Borussia home shirt worn during the 2012/13 UCL Finals. Complimenting the stripes are the black sleeve cuffs and round collar in black.