After dominating League Two, almost hitting 100 points but falling just short at an impressive 99, Northampton Town will now ply their trade in League One and travel to away games in a classy predominantly white shirt with black trim. 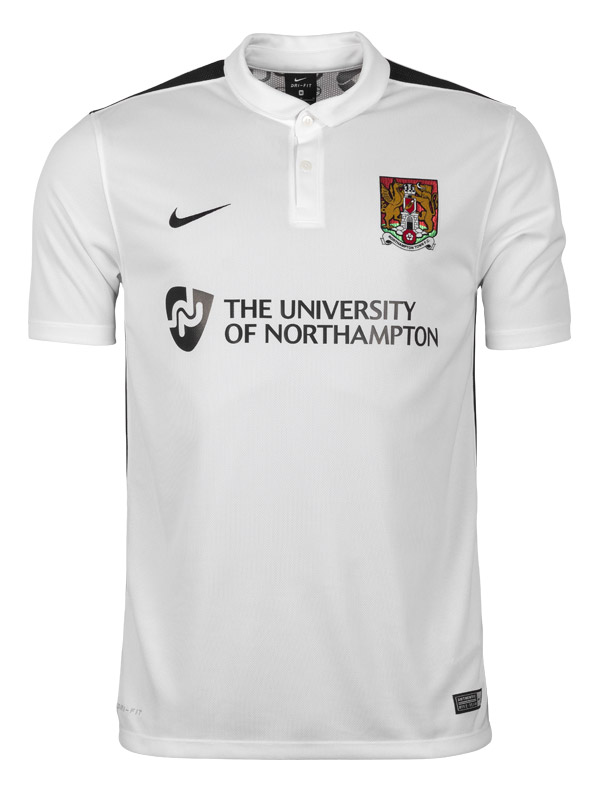 Using a traditional Nike kit template of a buttoned polo-neck collar, Northampton Town’s away shirt is solid white all-over whilst black trim features on the shoulders and flanks. A Nike Swoosh and club crest pose at opposing chest panels and above The University of Northampton sponsorship.